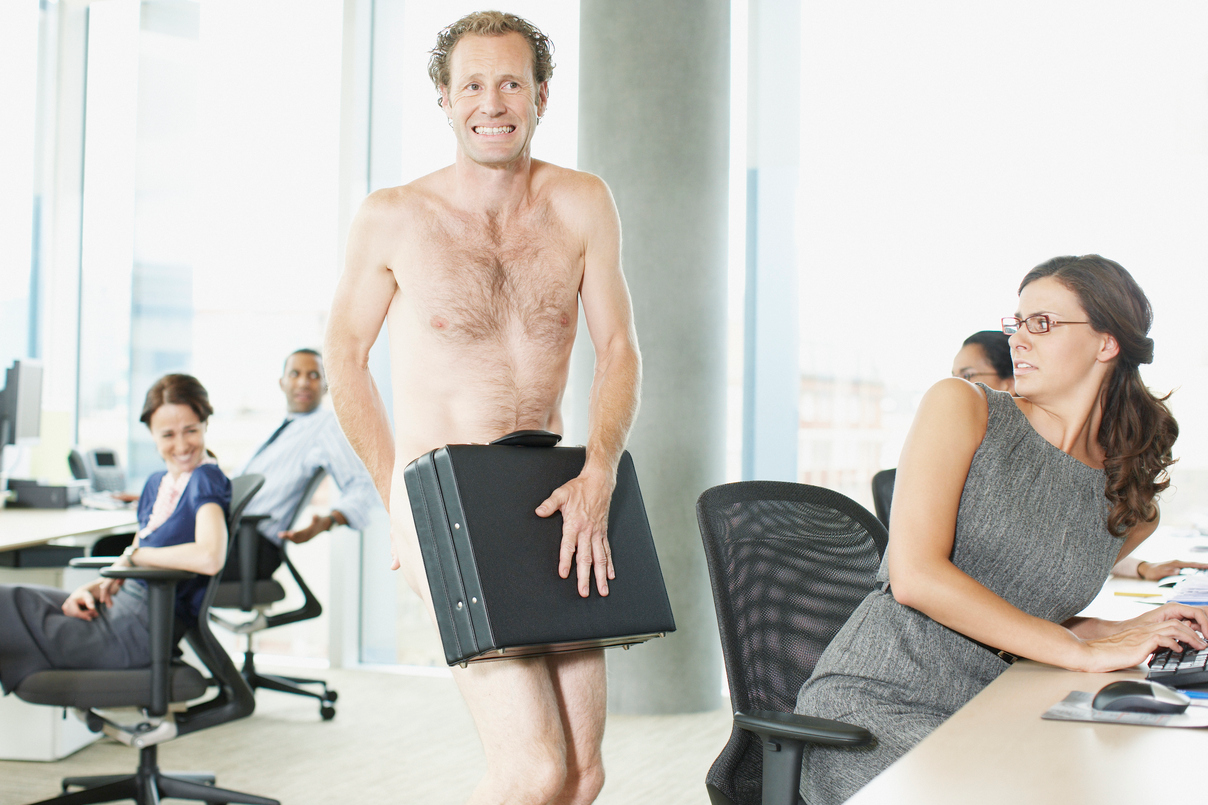 Are people too polite to mention that your slides are awful?

Remember the tale of the Emperor’s New Clothes? Where a vain leader was sold an innovative new suit that was only visible to the smartest people? You’ll recall that those who couldn’t see it were either stupid or incompetent. Of course, the egotistical Emperor himself couldn’t see the suit, but being keen not to reveal this, he paraded (naked) through his Kingdom so all his subjects could appreciate and applaud his supposed new finery.

Not wishing to seem foolish, and out of duty, the subjects cheered the Emperor’s wonderful taste in clothes. We all know the ending. The embarrassed Emperor realised he’d been duped when an innocent child, who knew no better, piped up and shouted, “But he’s got no clothes on!”

To me, PowerPoint presentations are the business world’s equivalent of the Emperor’s New Clothes. When the Emperor believed that his subjects were impressed by his incredible new attire, he deceived himself. Likewise, if you think that your incredible slide deck turns an uninspiring talk into glitter and rainbows for your audience, you’re fooling yourself too. Most of the time your subjects won’t be cheering. They’ll just be thinking ‘death by PowerPoint’, watching the clock and waiting for you to end.

It’s a brave person who will tell you that the value of your slides is an illusion, and that all your hard work creating them was in vain. Luckily, I’m a brave person, but my criticism and advice is always constructive.

As a leadership communication coach, I am on a mission to help people recognise that PowerPoint is usually about as much use as an invisible suit. If you want people to take you seriously, it’s time to get rid of those slide deck misconceptions and open your eyes to reality.

Your colleagues, clients and stakeholders are inevitably overloaded with PowerPoint presentations. We see them in virtually every meeting and they are usually downright dreary. Yet, bizarrely, most organisations around the globe use PowerPoint decks as standard meeting fodder and rarely seek alternatives to slides.

Whether you’re asked to present to clients or the Board, chances are they’ll expect a slide deck. Often they’ll even demand that you “send the presentation in advance”.

This is one of my big bugbears. You don’t send “the presentation”. You send “the slide deck”. A presentation is YOU, talking to the audience. A slide deck is a less important set of visual aids intended to support your talk. OK, so it’s also known as a PowerPoint presentation, but your slides are not your presentation.

Maybe this is just semantics, but it drives me nuts. The word ‘presentation’ is now warped in people’s minds and there is no longer a distinction between presentation as verbal delivery and presentation as slide deck.

PowerPoint presentations and the death of storytelling

Be honest with yourself: when you think about creating a presentation, is your first thought about what PowerPoint template to use?

Forget the visual aids for a moment. Think about focusing on your audience, your message and your aims instead. You can turn your thoughts into a great story, which is far more likely to capture your audience’s attention than a random piece of clip art or a tedious list of key points.

Consider this: if someone can interpret your entire narrative by viewing your slides beforehand and without context, there is little point in you turning up to talk. What can you add at that point? Your audience already knows exactly what you are going to say. Boring.

Bin the slides and use your own words

My advice is to speak with minimal support from PowerPoint (if any). I call this ‘naked presenting’. You aren’t trying to hide behind a useless, invisible suit of slides. You’re out there telling it as it really is – confidently and authentically. Your audience will thank you for it.

Why not create a magazine-style article to hand out afterwards, if people want a reminder of your talk? Most people like reading magazines, and it’s much easier to digest an article written in full sentences than a list of bullet points in a PowerPoint presentation. If you want to continue to engage your audience beyond the meeting room, an article will do the job far better than a set of slides.

Who are you really talking to?

How many times have you heard the phrase, “I’ll to talk to the slides”? This is another gripe of mine.

Good presenters make eye contact with their audience nearly 100% of the time. People buy people, and you need relationship-building eye contact to appear credible and authentic. Authenticity encourages your audience to trust you, to take your messages on board and act on them. You can’t achieve this if you are talking to a set of slides.

None of this is rocket science, but the predominance of PowerPoint presentations has encouraged a generation of business leaders who do not make good eye contact (they’ve never been taught how) and who rely on slides rather than storytelling to get their message across. The term ‘Death by PowerPoint’ is now a common joke in business. This is a bad state of affairs.

We have all suffered long and mind-numbing PowerPoint presentations with presenters droning on and on. Many use slides as aides memoire rather than visual aids, and this is where they go wrong.

According to the interactive audience participation tool, Poll Everywhere, half a billion people around the world use PowerPoint. There are over 35 million PowerPoint presentations being made every day. I dread to think of the time, resources and funds that have been wasted on this over the years.

The phrase ‘Death by PowerPoint’ is so common that it has now entered the dictionary. Well, to be fair, the Dictionary of Business Bullsh*t, where it is defined as:
• Interminable drivel given credence by near-universal software package
• A default setting for all bad presenters who, on being asked to write a presentation, rush to their work station and immediately open a PowerPoint file called “Presentation to X”, without any thought about the line of argument
• A deck of impenetrable charts offered up by fawning management consultancy to justify exorbitant fee
• A receptacle for juvenile clip art
• A vehicle for thunderously boring research debrief

Ditch the Emperor’s new clothes and present authentically instead

Creating a presentation based on bullet points, clip art, tables and charts does not make your performance beautiful, no matter how well you try to design those slides. If anything, it makes it worse. And when the projector decides not to work (we’ve all been there), you’re left completely vulnerable. It’s a nightmare for most executives.

I’m intrigued that, in a world of clever people, so many are brainwashed into believing that PowerPoint is king. Unless you have a side-line as a graphic designer, your slides are unlikely to dress up your verbal presentation with any real pizzazz, just as the Emperor’s new clothes couldn’t hide his very obvious nudity.

Often, PowerPoint presentations merely create a fantasy for the speaker that their words will be met with admiration. Isn’t it time to wake up and put on some real clothes?

Forget the slide deck. Present your topic authentically and passionately and tell a good story.

If you’d like to know how to minimise your PowerPoint presentations, take your speaking skills to the next level and impress your influential stakeholders, connect with me on LinkedIn or drop me a line.