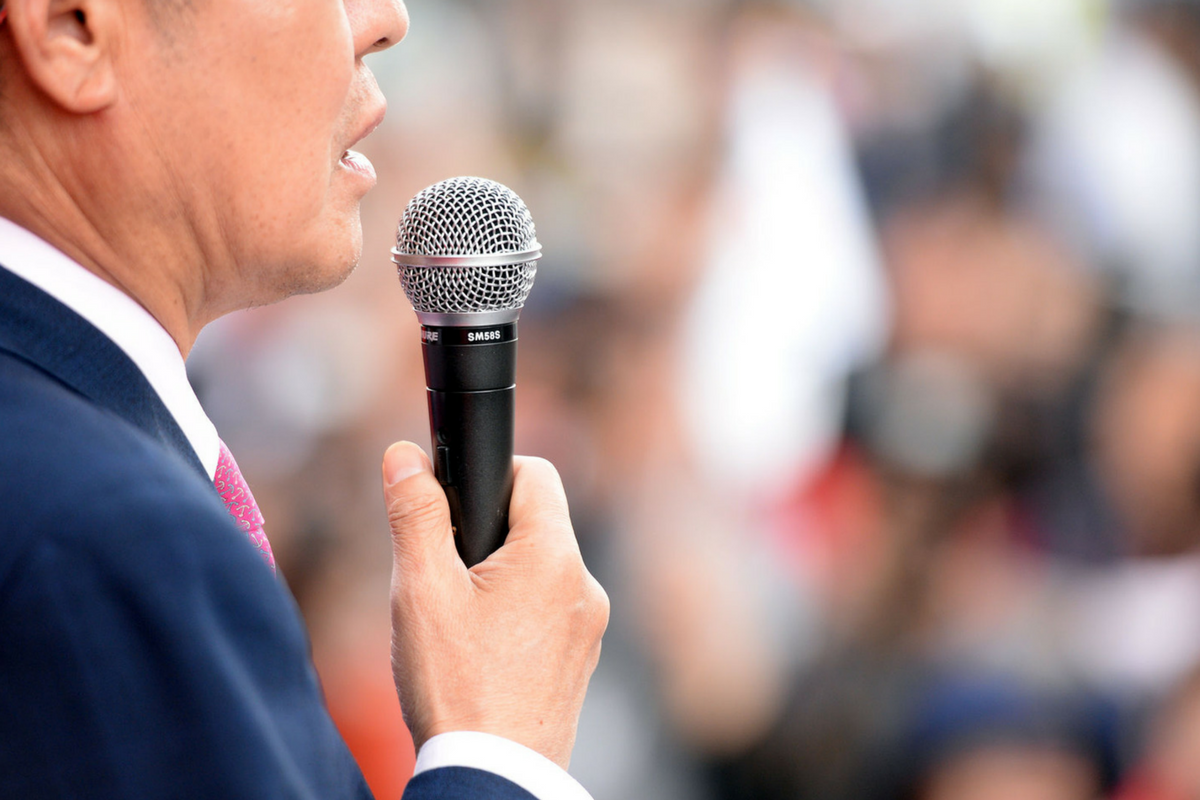 Why CEO influence relies on a rich, healthy voice

The links between voice and impact are indisputable

Research shows that CEOs with deeper voices are more successful, and that the CEO’s voice affects how investors perceive the company. In fact, the voice of a CEO appears to have a major impact on all stakeholders.

For anyone leading a company, a healthy voice is de rigeur. When your voice deserts you, so does your ability to influence. This is true whether you are presenting a keynote speech, chairing a meeting or delivering a media interview. A CEO who uses his or her voice poorly risks it failing at a critical moment, with all the negative publicity that entails.

When the co-founder of Google, Larry Page, started pulling out of public events in 2012, there was speculation about his reclusive behaviour. Eventually, he admitted that he had a vocal problem, possibly caused by a virus that had paralysed his vocal cords. While this might not have been down to voice misuse, it certainly highlighted the importance of healthy voice for senior executives.

Do you unwittingly misuse your voice?

Your voice is a vital tool. You might take it for granted, but it is important to look after it to make sure it serves you well. Vocal cords are small and delicate and even professional voice users don’t always respect this. Sometimes the consequences are disastrous.

Take the singer Adele, for example. Last year, after two nights of pouring her heart out to a packed Wembley Stadium, with an audience of nearly 100,000 people each night, she was forced to cancel subsequent performances because she’d damaged her vocal cords.

According to a report in The Guardian newspaper, Adele is not alone in abandoning a tour to undergo a throat operation. The paper lists a raft of other performers who have faced the same issue, including Sam Smith, Lionel Richie, Bono, Cher, Michael Bublé, Meghan Trainor, Keith Urban and Céline Dion.

The healthy voice at work

Voice is just as fundamental in the corporate world as it is for performers. Successful businesses rely on people talking to one another. Despite this, like singers, many senior executives inadvertently mistreat their vocal cords, only becoming aware of their bad vocal habits when their voice disappears at a vital time and they are forced to seek medical advice or treatment.

The benefits of a healthy voice

A healthy voice is like a flashy sports car. When the constituent parts of a Ferrari work in harmony, they create an exhilarating ride in a vehicle that attracts envy and excitement. When the integral parts of the voice function as one, they create a rich, dynamic sound that also excites and inspires attention.

Like the engine of a sports car, however, you must look after your voice. If you never serviced your car, it would rust and fall to pieces. If you don’t care for your voice… I’m sure you see where I’m going with this. Unfortunately, unlike car parts, your vocal cords are not easy to replace or repair.

Throat surgery is not always successful. One of the UK’s best-loved singers, Julie Andrews, once had an enormous four-octave vocal range. However, after straining her voice while filming a musical, her range dropped to about one octave (in effect just eight notes). She underwent surgery on her vocal cords, but her singing voice never came back.

Even if an operation works, it doesn’t necessarily return a voice to its former glory. When Larry Page first spoke in public after his throat surgery, his voice was higher pitched than before. It is still noticeably softer today.

Luckily, it’s not all doom and gloom. Now that you’re aware of the vocal risks to your leadership and your business, you can assess your personal level of risk and do something about it before it’s too late. You might want to start by answering some questions honestly…

When you don’t have a cold or bug:

If you answered ‘yes’ to any of the above, read on. The next few minutes could be important for you.

If you answered ‘no’ and have never had throat or vocal issues, you are extremely lucky. The advice below is important to ensure you keep it that way.

Caring for your cords

You can take several precautions you to make sure your voice is healthy and happy and your vocal cords are ready to spring into action whenever you need them.

Hydration is key, yet it is easy to forget about this. You risk damaging your vocal cords and your voice by talking while dehydrated, so aim to drink plenty of fluids every day.

Use professional vocal projection techniques to speak easily without straining or forcing your voice. This is where most people go wrong and cause themselves problems (singers and CEOs alike) and this is often when they turn to me.

It sounds counterintuitive but avoid clearing your throat. This rubs your vocal cords together and while it might relieve discomfort temporarily, it can make things worse in the long term. It is much healthier to swallow hard or sip water instead.

Learn to rest your voice occasionally during the day. If you walked all day, the muscles in your legs would be sore by the evening. Your vocal cords are also muscles, so make sure you don’t over-use them.

When you have a sore throat

When your voice or your throat feels uncomfortable, it is important to rest your vocal cords as much as possible.

Instead of speaking (including telling others how much your throat hurts), drink lots of cool drinks, inhale steam, eat a spoonful of honey, suck pastilles/boiled sweets or chew gum to moisturise your delicate vocal cords.

Just as you wouldn’t run your car without oil (the engine would seize up and stop working) don’t force your voice to work for you without lubrication.

A healthy lifestyle leads to a healthier and more attractive-sounding voice. Drinking, smoking and eating too much doesn’t just affect your health. It also affects how you sound.

Drinking more than three units of alcohol a day can make your vocal cords swell, turning your voice husky, rough and low pitched.  This sultry, bedroom voice might have its use on occasion, but it is not great for your vocal cords.

Smoking dries out and irritates your throat and larynx (voice box). Regular smoking can make your vocal cords thicker, which makes your voice lower pitched and harsher.

Even eating can cause vocal problems. Certain foods increase the likelihood of stomach acid making its way up to your throat, irritating and potentially damaging your vocal cords. You may feel this ‘acid reflux’ as heartburn, but it is often painless: an invisible symptom that you won’t notice until your voice starts to change.

Acid reflux is more likely if you lie down within two hours of eating and if you eat or drink spicy foods, citrus fruits, tomatoes, fatty foods, chocolate, alcohol or caffeine.

An inspiring voice is a healthy voice

As I mentioned, effective voice is at the root of influence, and business leaders who create a great sound boost their chances of success.

The only way to know for sure that you use your voice optimally and healthily is to work with a voice professional. So, if you are serious about enhancing your voice and keeping it in tip top condition, connect with me on LinkedIn or drop me a line and let’s chat.