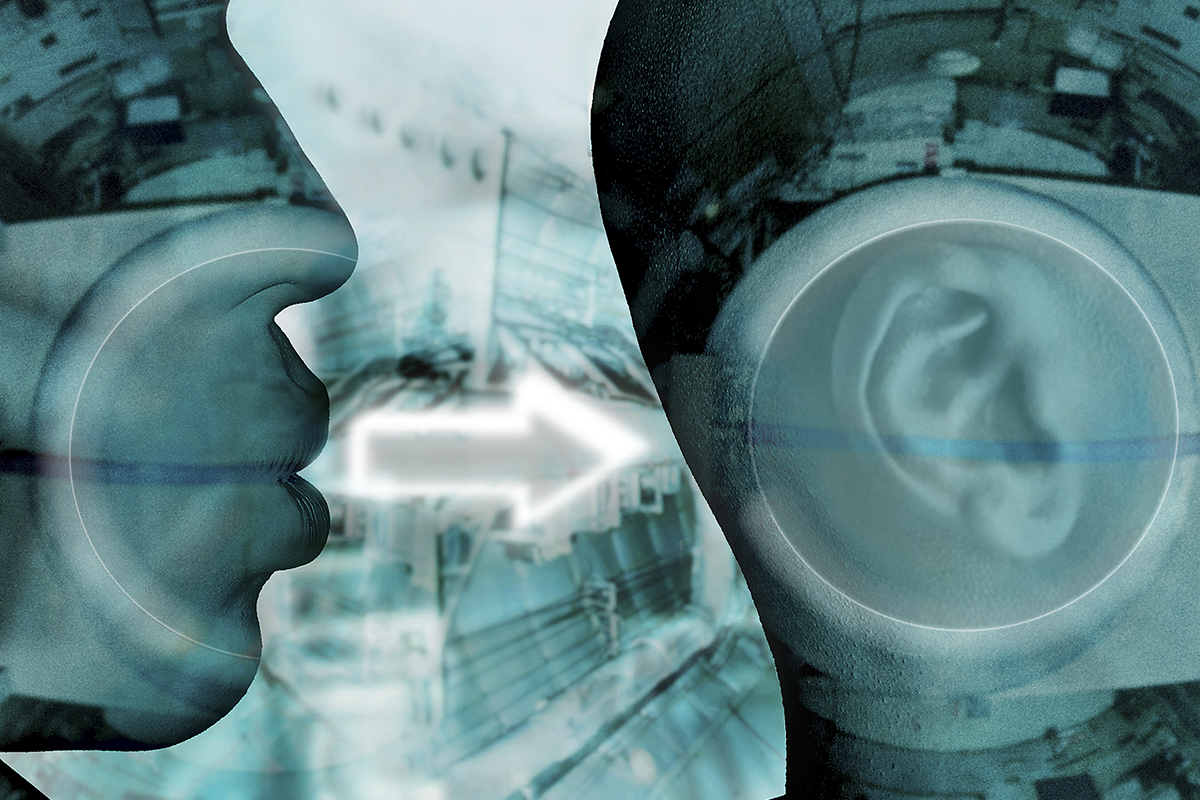 The authentic voice in politics

When we hear someone speak, our immediate gut feeling tells us whether we should trust them. Research suggests we should listen to our initial instincts – they’re stunningly accurate. But can we be misled by political performance posing as true leadership? Do we delude ourselves that we hear an authentic voice when in fact we are listening to a cheap vocal trick?

This is exemplified by an illusion known as the McGurk effect, in which we watch and listen to someone making a specific vocal sound. The audio and visual clash, but our eyes, rather than our ears, tell us what we are hearing. The BBC’s Horizon programme explains this beautifully.

Are politicians also creating a vocal illusion for us? Are they who we really think they are? Or are they trained actors turning make-believe into our reality?

Margaret Thatcher famously had voice training to lower her rather shrill pitch to a modulated, lower tone. She recognised the importance of vocal gravitas in her speech, and there are suggestions that this accelerated her political career. But her new sound wasn’t her authentic voice, and every now and again her high pitched tones would re-emerge and give her away.

It’s known that vocal pitch affects the way we perceive a person. We are all drawn towards a low voice. It makes the speaker sound more powerful. A US study shows that candidates with low voices are more likely to win an election. While the sound of a voice doesn’t override our views on policy, there is a strong, statistically significant correlation between vocal pitch and electoral outcomes.

This doesn’t bode well for the rather squeaky Paul Nuttall and Tim Farron, leaders of UKIP and the Liberal Democrats respectively, although most people will be drawn (perhaps subconsciously) to the low tones of the SNP’s deputy leader, Angus Robertson.

Prime Minister Theresa May conforms with the low pitch expected of a strong female leader, but the uncomfortable strain in her voice subtly undermines her sound. Meanwhile Labour leader Jeremy Corbyn doesn’t create sufficient depth or resonance to his voice. Sometimes he also demonstrates an exaggerated passion that feels like over-acting.

While a low voice draws us to mark our cross on the ballot paper, it doesn’t necessarily make the speaker a better leader. To the contrary, as the US study suggests, “it is possible that an unconscious bias for lower voices causes us to vote against our best interests”.

Authentic emotion is conveyed by the authentic voice. When we are angry, sad, exhilarated or scared, our speech becomes more urgent. This can make our vocal melody louder, softer, faster, slower, more tuneful, monotonous or erratic.

Vocal emotions grab attention. They also affect how we recognise words later, and how we feel about those words.

A speaker with true faith in his message will shine with vocal authenticity, but where politicians are concerned, are we reacting to real emotions or to trained ‘emotional genuineness’?

The production and perception of genuine versus simulated emotions is controversial. A recent study found that people who have had more acting experience come across as more genuine than those who haven’t. This study investigated the singing voice, but I suspect the results are transferrable to speech. Professional actors, like former US President Ronald Reagan, who know how to use their voice to sway people, probably have an edge over non-actors during an election period.

In which case, are politicians who invest more in communication training able to pull the wool over our eyes more effectively? Are we voting for trained monkeys, in effect?  We believe what we want to believe.

Cutting through the ‘authentic voice’ of an actor

Despite being elected to the White House twice, by a substantial majority each time, even President Reagan wasn’t always a vocal winner. While he used all the rhetoric and theatricality of his acting profession and was praised as a great communicator, there was one group of people who saw right through him.

These individuals all suffered from aphasia – a brain condition that made it difficult for them to understand spoken language, but still allowed them to recognise meaning through tone, musicality and pitch. In his book, The Man Who Mistook His Wife for a Hat, neurologist Oliver Sacks describes his surprise on hearing these hospital patients react to Reagan.

“What was going on?” he writes. “A roar of laughter just as the President’s speech was coming on, and they had all been so eager to hear the President speaking… Were they failing to understand him? Or did they, perhaps, understand him too well?”

Professor Sacks’ explains that the aphasiacs were reacting to the sound of Reagan’s speech rather than his words.

“For though the words…might convey nothing, spoken language is normally suffused with ‘tone’, embedded in an expressiveness which transcends the verbal – and it is precisely this expressiveness, so deep, so various, so complex, so subtle, which is perfectly preserved in aphasia, though understanding of words be destroyed”.

In other words, you can’t lie to an aphasiac. They might not be able to understand the words, but they’ll certainly read between the lines.

“They have an infallible ear for every vocal nuance, the tone, the rhythm, the cadences, the music, the subtlest modulations, inflections, intonations, which can give – or remove – verisimilitude to or from a man’s voice”.

In other words, they hear deeply. And in Reagan’s speech they heard “the grimaces, the histrionisms, the false gestures and, above all, the false tones and cadences of the voice…It was to these most glaring, even grotesque incongruities and improprieties that [the] aphasic patients responded, undeceived and undeceivable by words”.

Listen for the truly authentic voice

We all have the same potential to discern authenticity as people with aphasia, but our linguistic understanding tends to override our ability to hear what is really being said.

However, when we become aware of the vocal tricks that politicians use to make us believe in them, we may be able to listen with a more discerning ear, and assess their credibility – or lack of it – more accurately.

If we all take heed and listen beyond the language before voting, we might avoid being duped by vocal ploys. Ideally, this will help us elect politicians that are, at least to some extent, authentic. Roll on Friday morning, when we could find out if we’ve achieved this.