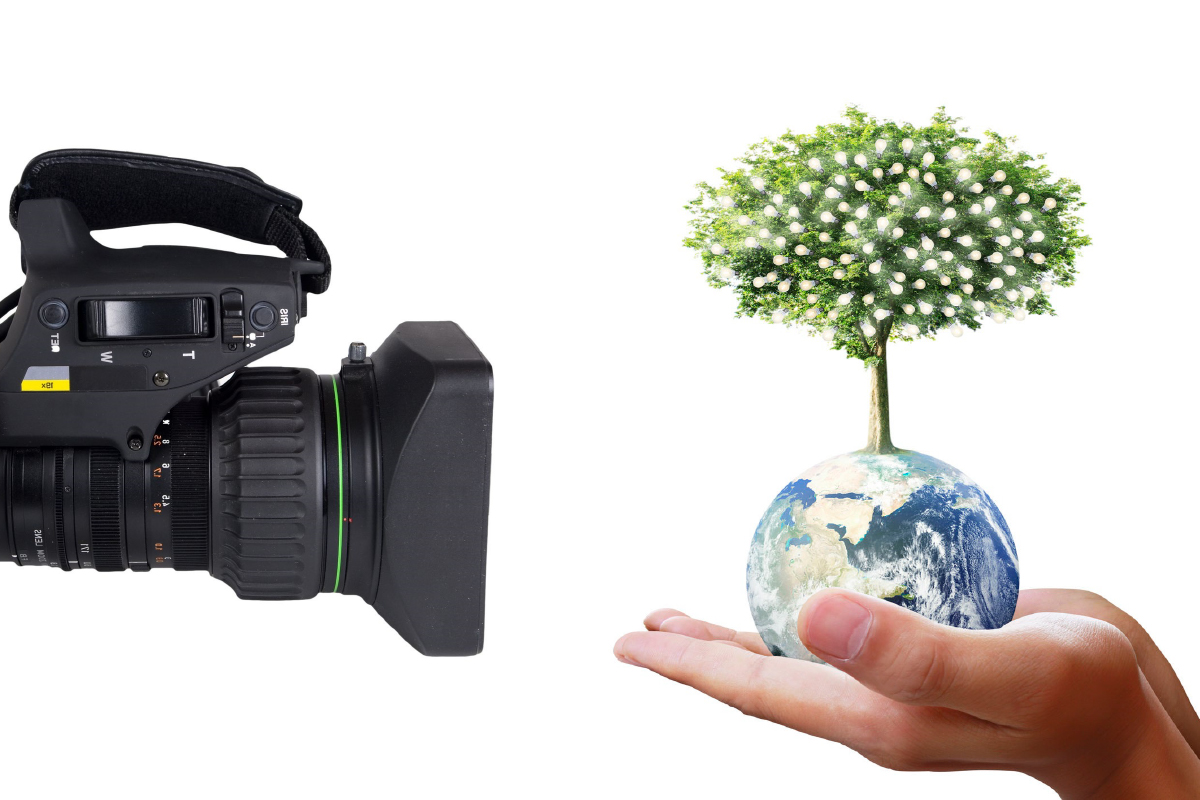 Getting the CSR message across

Communicating CSR (corporate social responsibility) is increasingly important. It can influence leaders and opinion leaders, maximise business opportunities and increase employee morale and reputation. It can differentiate between responsibility and irresponsibility and distinguish ethical behaviour from questionable conduct. In short, it is something every organisation should consider.

Today I’d to explore two important channels for communicating CSR: the media and social media. Each has its own pros and cons and it is worth considering these carefully before deciding how best to communicate your CSR.

Communicating CSR through the media

The media shapes information into news stories, feature articles and editorials which mirror and mould public opinion. It communicates with multiple stakeholders and influences perceptions of an organisation in relation to CSR.

The more times your organisation is mentioned in the media, the better its media reputation will become, and with CSR becoming more newsworthy, organisations are recognising the importance of CSR efforts.

Research shows that organisations which are perceived as being socially responsible are more likely to be believed, and media reports about them tend to be more positive. This has a positive effect on reputation over time. Conversely, negative reports about CSR can cause immediate damage so it’s vital to get your CSR communications right first time.

The media is a very valuable resource. It can promote your company’s profile, raise awareness, give credence to specific views and encourage support.

For example, when a Fortune 500 company contributed significantly to a university supporting a centre for underprivileged local children and its donation was publicised in the local media, those who remembered the news reports felt good about the company’s social responsibility and were happier to buy its products than those who were unaware of its actions.

The media creates publicity that is seen as reliable and impartial, and the only costs involved are your time and resources. Media coverage can even help ameliorate a crisis.

In 1988, for instance, when an oil storage tank owned by Ashland Oil Company sent four million gallons of oil flowing downstream towards Pittsburgh, USA, CEO John Hall immediately flew in, marched up to a group of reporters at the airport, apologised to the people of Pittsburgh for the environmental impact the accident was going to have on their lives and explained how the company was going to help clear up the mess, demonstrating clear CSR.

The net result was very few legal claims or fines against the company, and the elevation of the CEO to hero status in Pittsburgh for what was seen as leadership and courage in facing the community, taking responsibility and acting appropriately.

There is no benefit without risk, and organisations which feature heavily in the media find themselves subject to greater public and stakeholder scrutiny compared with those who receive relatively little media attention. Even their minor mishaps are more likely to be reported.

The media provides a platform for critics to call your company’s activities to account, and when there are a range of different opinions – including critical ones – this makes it more difficult for viewers, readers and/or listeners to reach conclusions about how well (or badly) your organisation is behaving in terms of CSR.

Most newspaper opinion pieces relating to CSR are written with a negative tone, creating negative perceptions in readers. You need to be continually up-to-date with topical issues and respond to press enquiries quickly. It is important to understand the media agenda and news values, and share your CSR stories in a way that meets journalistic requirements.

Unless your organisation is completely beyond reproach, there are dangers in publicising CSR through the media. However, the benefits far outweigh the possible dangers, and with the news media becoming more interested in reporting CSR, it is wise to consider media opportunities in a favourable light.

The internet is increasingly recognised as the most useful channel to broadcast information about responsible business practices. It accelerates the spread of up-to-date information, enables more information to be conveyed, reduces costs and provides opportunities to communicate with new potential stakeholders while maintaining two-way dialogue with existing stakeholders. It allows you to take advantage of interactive technologies like forums, ratings platforms and social media, which can all inform your communications.

The internet turns CSR reporting from a static, periodic event into a continuing, interactive process. The Spanish banking group, BBVA has recognised the benefits of this. Previously, it printed a glossy CSR report each year, but when it realised that this undermined its policy on sustainability, it started publishing digitally instead. As the company was also committed to using new media, this new practice complemented its communications strategy.

Communicating CSR through new media has many advantages over using traditional media. You are fully in charge of what you convey (although not the responses you engender). You can bring issues to life with images, graphics, animations and multimedia, and you can update information at any point, in real time.

Most companies use their website as the main tool for communicating their commitment to social and environmental issues. The website provides a strong platform to explain, legitimise and promote CSR activities. It is cheaper than a printed annual CSR report, and it has wider coverage and permanency.

To affect your viewers strongly and create positive feelings,  it is best to use a rich selection of images, video, animation and text. Intel takes advantage of this by supporting its printed CSR report with dedicated CSR pages on its website. General Electric uses a standalone website to convey its sustainability efforts and its attempts to “enhance resource productivity and reduce environmental impact at a global scale”.

Social media have the advantage over websites in that they are interactive, enabling multi-directional communication involving your organisation, your stakeholders, potential stakeholders and influencers.

Social media can enable you to direct conversations, monitor what is being said and respond with focused, personalised and targeted messages, making your CSR communications more efficient, engaging and effective.

Communicating CSR through social media can bring environmental and social issues to the fore; enrich conversation between your brand(s) and consumers; create relationships that lead to trust; develop loyal, committed brand ambassadors; improve community relations by helping you find common ground with communities; enable your organisation to develop, grow and add value.

Companies that are highly respected for their CSR activities are often innovative in their use of social media, and fast to adopt new channels and networks.

General Electric tops the 2016 Social Media Sustainability Index, which reports how well multinational corporations communicate sustainability through social media. Its “ecomagination” is communicated on Facebook, Google Plus, Pinterest and a Twitter forum for “fresh thinking and conversation about clean technology, sustainable infrastructure and digital efficiency”. Its “healthymagination”, GE’s “innovation catalyst for global health challenges” also makes strong use of social media. In 2015, GE launched its own Snapchat channel to stimulate interest in science, and to complement its similarly themed output on Instagram and Youtube. GE also uses Facebook to promote sustainable products.

Because you can find yourself under close scrutiny on social media, there is always a risk that criticisms can damage your brand image and/or reputation. Business rivals might generate negative publicity, while activists and hactivists can challenge your CSR and focus on corporate social irresponsibilities instead. This can create significant issues.

For example, when McDonalds launched a Twitter campaign for suppliers and customers to share positive stories about its farmers, it was an immediate disaster. McDonalds was deluged by negative tweets about food poisoning, poor standards and animal welfare – in other words the campaign was ‘tweetjacked’. McDonalds pulled it swiftly.

While social media allow immediate responses and/or rebuttal of harmful comments, you’ll need to monitor them constantly for potential reputational risks, just as McDonalds did.

On the positive side, organisations with a strong social media presence can respond quickly and effectively to negative sentiment. Social media is another tool for ameliorating the effects of a crisis.

Take World Foods Market – a supermarket which sells healthy, organic products at a premium price and which has corporate social responsibility at the heart of its business. In 2015, organic farmers claimed that, counter to all its promises, the company was selling non-organic, non-ethically grown products. World Foods Market issued denials, but there was an immediate consumer backlash on social media. Because of the organisation’s strong online presence, however, this did not harm the brand in any significant way. Instead, the company’s social media following continued to grow by 10% every day. This was not the company’s first PR crisis, but its loyal fans, created by active, positive use of social media, formed a supportive, protective base.

While the opportunities are vast, social media also create a variety of challenges for CSR communication. Not everyone can access or communicate effectively through social media. Some of the most marginalised people are at a social media disadvantage, and several countries block social networking services (SNS) altogether. In China, for example, people cannot access Facebook or Twitter.

In addition, some SNS providers have faced issues relating to copyright, security, surveillance and privacy. Facebook has been criticised for breaching users’ privacy, for example, and as international standards of CSR require high levels of privacy, some CSR professionals now avoid Facebook altogether.

Although successful CSR communication strategies are hard to create in the first place, and social media exacerbates this difficulty, if you get it right, the social media/CSR relationship can be super-beneficial. It can help you recognise opportunities for new business, society, the environment and the community, while reducing risks to organisational reputation and survival. There is a strong view that every CSR strategy should include social media.

Communicating CSR: media, social media or something else?

While traditional media is still important in communicating CSR, the interactive nature of digital technologies means it is faster and cheaper to use new media to engage stakeholders in CSR. Integrating new media into your CSR strategy will make your communications more widespread, interactive and interesting.

While offline tools such as reports, brochures and adverts are still important, combining offline and online communication can create synergies that support your CSR. Unfortunately, many organisations fail to integrate both types of communication effectively in CSR strategies. They are missing a trick – don’t follow their example.

It is worth noting that despite the benefits of both traditional and social media in communicating CSR, nothing outweighs the need to talk to stakeholders in person. Face-to-face conversation builds a level of trust and understanding that no remote communication can ever hope to achieve.

So, when considering the most appropriate channels of communication, do remember to include some real, in-person discussions to underline your commitment and dedication to corporate social responsibility and to the real people and the real environment that you are working so hard to support.