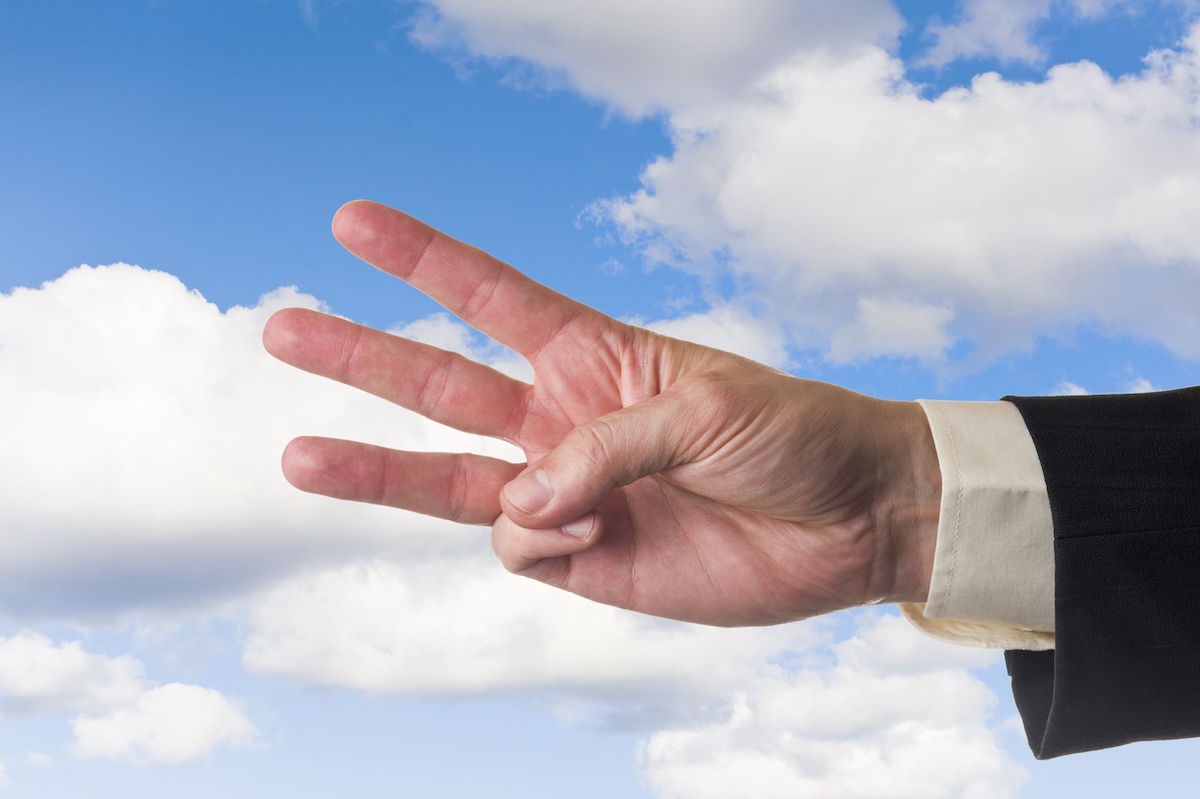 The power of three

The number three: it’s lucky for some, magical for others, powerful for us all. Three is seriously useful to achieve brilliant communication.

When you want people to hear your words, understand your point and buy into your message, you just can’t beat a good three. Our brains are hard-wired to recognise and remember things in threes, and the rule of three embraces our lives in many different guises. Consider these:

The three steps to brilliant communication

With so much of our world working in triplet formation, it is perhaps unsurprising that brilliant communication also comes in threes.

The Greek philosopher, Aristotle, first unpicked the concepts of brilliant communication more than two millennia ago. As a journalist it’s almost an anathema for me to blog about such old news, but I’m always surprised that so many business leaders don’t know or understand Aristotle’s principles. Those who do find them obvious. But for those who don’t they are often a revelation.

Aristotle’s findings still hold so true today that anyone who ignores his tenets does so at their own risk. With this in mind, I’ve decided to air his ancient ideas again for the modern business community.

So here’s how Aristotle defines the building blocks of brilliant communication in his book, Rhetoric:

“In making a speech one must study three points:

In terms of producing persuasion, Aristotle cites three elements that are required to convince others:

Ethos: getting buy-in to your credentials

“Persuasion is achieved by the speaker’s personal character when the speech was so spoken as to make us think him credible.”

Ethos refers to the authority and credibility of a speaker. In other words, how do you convince people that your expertise, experience and/or uniqueness make you absolutely the right person to speak on that particular subject?

Only by making people trust you will you have any hope of persuading them. So think carefully before you speak.

In a public arena it is never safe to assume that others know your background. State your credentials, explain your rationale for being there, and sell yourself as the expert without overtly sounding like a sales person. (Unless, of course, you are a sales person. In which case you have a good excuse for bigging yourself up.)

Here’s an example of ethos: “As Managing Director of XYZ Corporation, I’ve been involved in widget production for nearly four decades – since the birth of the widget industry, in fact. I have personally tested every single widget ever invented and at this year’s Widget Conference I’ll be discussing the future of widgets, the changes as technology develops, and how space-age widgets are now entering the beta stage of development.”

“Secondly, persuasion may come through the hearers, when the speech stirs their emotions.”

Pathos means appealing to people’s emotions and making them feel what you want them to feel. The words sympathy, pathetic and empathy are derived from the word ‘pathos’.

You can achieve great pathos when you understand your audience and what makes them tick. By demonstrating affinity for their feelings, you can create an appropriate emotional response to your words.

Pathos can involve a number of different elements. For example it might include giving a passionate delivery. It might revolve around drawing on people’s fears or concerns. It might mean appealing to their imagination and hopes by painting a positive picture of what your suggestions could mean for them.

As well as storytelling, this is where images come into their own. A powerful slide deck with emotive photographs, videos and/or soundbites can underline your message and enhance the sentiments your audience feel.

Here’s the MD of XYZ again: “As you can see from the picture behind me, this is how we coped without widgets in the 1970s. Life was tough. Remember the industrial strikes? Miners’ strikes, bread strikes, the three-day working week? There were regular power cuts and piles of rubbish rotting on the streets. Can you imagine living that life of hardship again? Thanks to widgets, history will never repeat itself.”

“Thirdly, persuasion is effected through the speech itself when we have proved a truth or an apparent truth by means of the persuasive arguments suitable to the case in question.”

In other words state your case strongly, using supporting evidence to explain why your point is justified.

Logos means logical appeal, hence the word logic. Logic underpins all brilliant communication. Support your claims with hard data. Use relevant facts and figures. Explain their relevance clearly, to provide those around with you with a rational explanation of why they should accept your views.

Appealing to the commonsense, logical side of people’s minds through logos will also enhance your ethos by making you look even more knowledgeable and prepared.

Let’s hear some logos from MD of XYZ: “On average, every home which invests in a new widget will save 30% of their previous year’s fuel bills. With an average household spend of £100 per month on gas and electricity, this is a saving of £360 per year per household. In a city like Looptown with 250,000 homes, we’re looking at around £90 million pounds in savings. Think what that could do for the local economy, let alone the national economy. This is why we have to ensure that within the next five years every home has a widget.”

If you can achieve ethos, pathos and logos, then you have your means of persuasion sorted. And as Aristotle tells us, persuasion is the first mainstay of brilliant communication.

But we mustn’t forget mainstays two and three. My free e-course, “Boost Your Influence”, goes into some depth about the “style or language to be used” (number two) and the “proper arrangement of the various parts of the speech” (number three). Sign up here if you’d like to know more.

In the meantime, watch this space for my next post in April, and do remember to buy a widget.