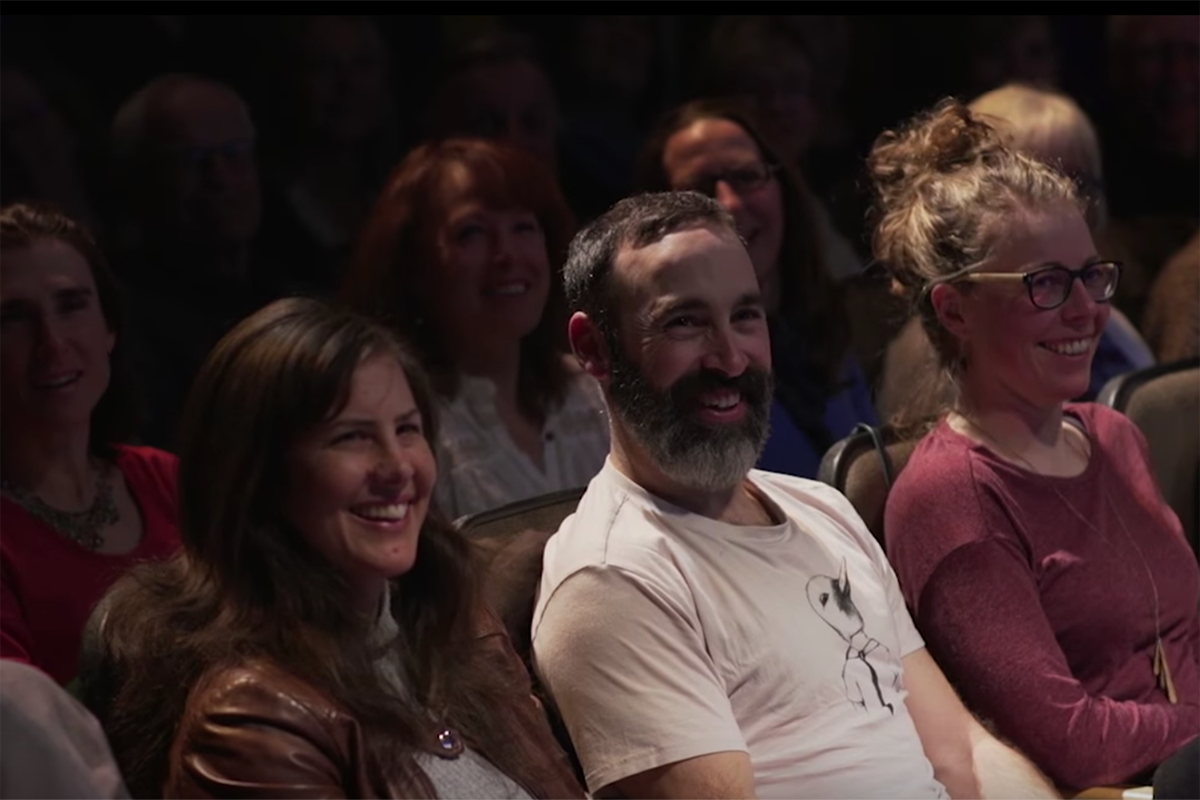 Communication in leadership: who cares what you say anyway?

The power of communication in leadership

How much truth is there in the old adage, “it ain’t what you say, it’s the way that you say it”? Is this merely urban myth? Can you really engage an audience and hold them in the palm of your hand while speaking pure flimflam?

Well yes, actually you can. You might not keep their attention for very long, but you can certainly get away with it for a few minutes before the novelty wears off.

As a gift for the festive season, I’d like to introduce you to a man who knows how to get an audience going more than most. He’s Pat Kelly, self-proclaimed thought leader, but in reality a comedian, actor, improviser and people watcher.

Pat hosts a satirical (and often fabricated) current affairs program, “This is That”. One of his extremely clever sketches revolves around a presentation in the style of a TED talk. He spends nearly four minutes demonstrating how communication in leadership can make a significant impact without actually imparting anything of value.

Is true communication in leadership based on executive presence?

The “Thought Leader” sketch is a spoof. It is the subtlest, politest form of satire, yet it teaches a surprisingly strong lesson.

Pat Kelly’s physicality, the way he presents his slides and his slick changes in vocal tone, pace and pause combine to make the audience feel he is an expert (although an expert in what remains to be seen).

Meaningless as his points may be, his audience laps up his words, nodding and applauding in appropriate places. Pat’s presence gives him credibility and authority, making him both impressive and reassuring. His drivel-based speech is a triumph of executive presence over true communication in leadership.

You say it best when you say nothing at all

Pat Kelly certainly does not connect to the audience through any strong message. In fact he admits point blank that he has nothing to say and that he is purposely hamming up his performance. But the audience still leans forward to take it all in.

In the words of singer Ronan Keating, “It’s amazing how you can speak right to my heart without saying a word”. That is exactly what Pat Kelly achieves.

And yet….if you listen to Pat’s sketch from another angle, it presents a four-minute deconstruction of a TED talk. It is brilliant in its simplicity, and highly educational. If you are giving a talk you can certainly take a few tips from the Thought Leader.

The Thought Leader reveals a variety of performance enhancing techniques. While these are parodied as mere gimmicks – and some of them are – many are also valuable presentation tools when used appropriately.

For example, if you change your vocal tone, pace and volume for different elements of your story, you will help your audience to journey through the story with you. With vocal congruence between what you say and how you say it, people will connect with your words and are more likely to buy into your message.

If you change the way you move – from walking to standing still, from gesticulating minimally to gesturing widely, from smiling to looking serious – you will engage your audience more productively. But (and this is a big but) … only if you move with authenticity and communicate with integrity. A talk is not an illusionist’s stage show. It is an opportunity to converse with people, even though they don’t immediately respond in words.

While the Thought Leader speech is all smoke and mirrors, if you peer through the smoke you will see some very clear ways to engage an audience.

Unlike the Thought Leader, you need strong content to achieve your aims. But if you take some of your lead from Pat Kelly’s communication style, you are likely to strengthen your performance and enhance the way the audience perceives you.

This gem of a video is worth seeing again and again. Watch it with an enquiring, open mind – you may well learn something new each time.