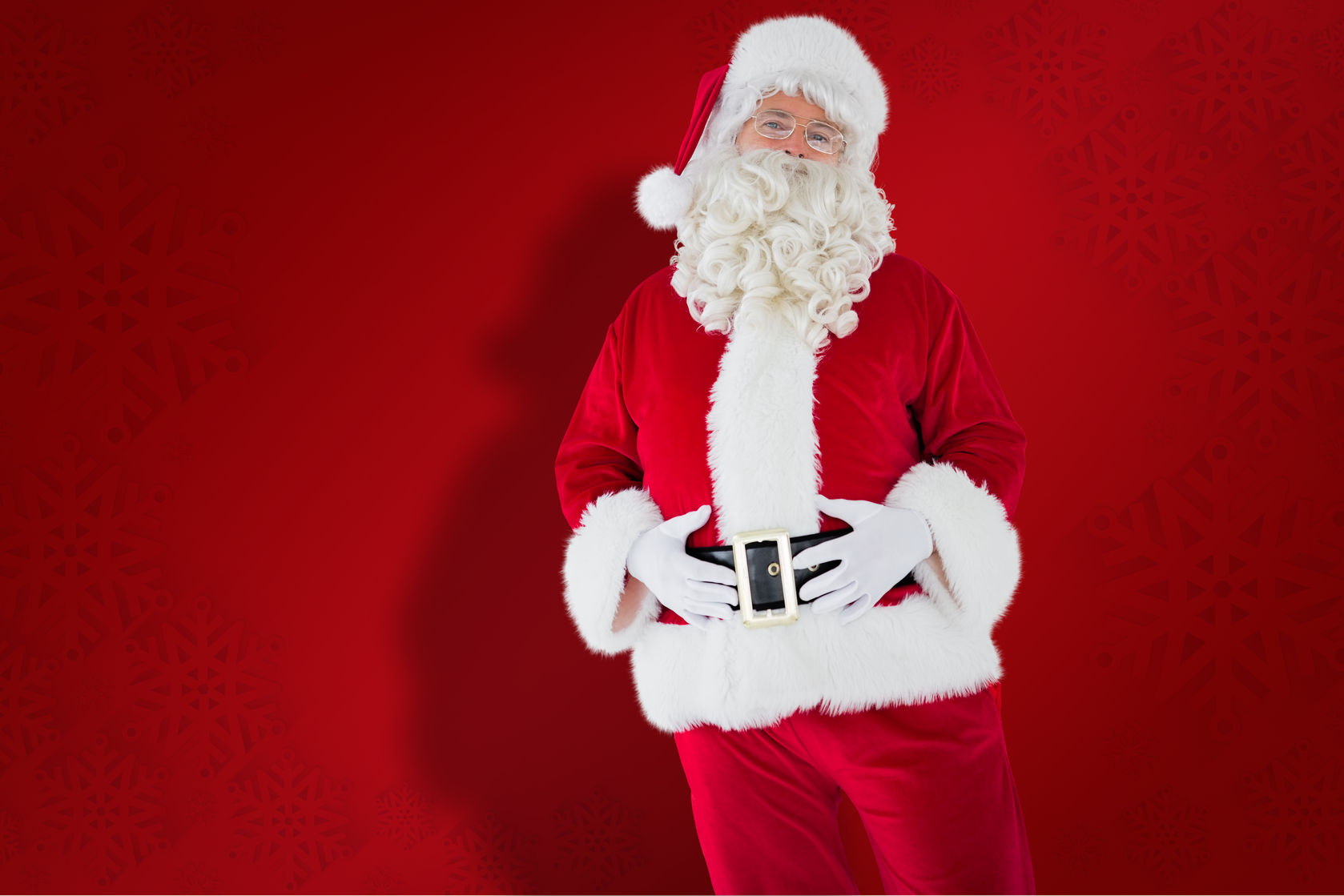 If there’s one man who knows how to speak with a rich and resonant voice it’s the world’s most famous driver of reindeer, Santa Claus himself. “Ho ho ho”, he chuckles, bringing the sound from deep within his rotund belly.

Santa obviously appreciates a few mince pies at this time of year. And he’s been eating them for a long time. Back in the early 1820s, Divinity Professor Clement Clarke Moore penned a Christmas poem for his children. A Visit From St Nicholas (more commonly known as ‘Twas The Night Before Christmas) includes the lovely line that Santa has:

“…a little round belly
That shook when he laugh’d, like a bowl full of jelly.”

The role of Santa’s belly

It’s not surprising that Santa wobbles when he laughs. His warm, resonant voice is due in no small part to muscular contractions of his abdomen, pumping out his sound. And of course there’s rather a lot of padding covering Santa’s muscles. He is rather curvy, to say the least, and his chubbiness shimmies and shakes as his abdominal muscles contract.

While Santa’s deep pitch is related to the shape of his long, thick vocal cords, his tone is purely due to what he does with his belly and his mouth.

Santa’s belly is his vocal powerhouse. His abdominal muscles act like bellows, propelling the air out of his lungs and past his voice box. This supports his vocal sound, and enables him to “ho ho ho” with volume.

Santa’s mouth and his resonant voice

Santa’s voice is often described as resounding, ringing, warm or compelling. All these words describe the quality of resonance, which adds beauty and strength to Santa’s vocal tone.

Santa’s “ho ho ho” tone is rich and vibrant. At the end of each “ho” his lips are pursed forward, creating a long horizontal space in his mouth. His tongue is far back and high up near his soft palate (the roof of his mouth). This leaves a deep vertical cavity in the rest of his mouth.

In effect Santa creates the maximum possible mouth space for his soundwaves to fill. And this creates the richness of his tone and his resonant voice.

The onomatopoeic “ho ho ho” is thought to come from a Gaelic Irish expression of laughter, first recorded in the 12th century. And it’s no coincidence that Santa adopts this ancient form of mirth.

If he were to vocalise a “hee hee hee” his sound would be completely different. The mouth position required for “hee” is much more closed, providing very little space for soundwaves. The tone that emerges is therefore relatively weak and tinny. “Hee hee hee” would just sound silly from such a big, warm man.

Developing your own resonant voice

Resonance is fundamental for anyone who wants to make an impression, and your ability to influence through your voice relates strongly to the tones you use.

When you imagine your sound flowing towards the front of your mouth, this has the subtle, yet important effect of bringing your resonance forward and out. People perceive this as a richness and warmth, just like Santa’s.

A resonant voice touches something very deep within the listener. It helps you to make others feel the way you want. And it endows you with authority almost as a side effect.

Most business leaders tend don’t use resonance to full effect and they therefore fail to take advantage of their full potential. So if you can enhance your resonance you will certainly put yourself at an advantage.

Listen out for Santa

The winter holiday season is almost upon us, and if you’re out and about on Christmas Eve, keep your ears tuned and your senses alert. You might be lucky enough to hear the tinkle of reindeer bells as Santa’s sleigh approaches. And if you strike Christmas gold you might just hear the big man’s resonant voice, chuckling in belly-wobbling merriment, as he prepares to deliver his gifts. “Ho ho ho, Merry Christmas!”