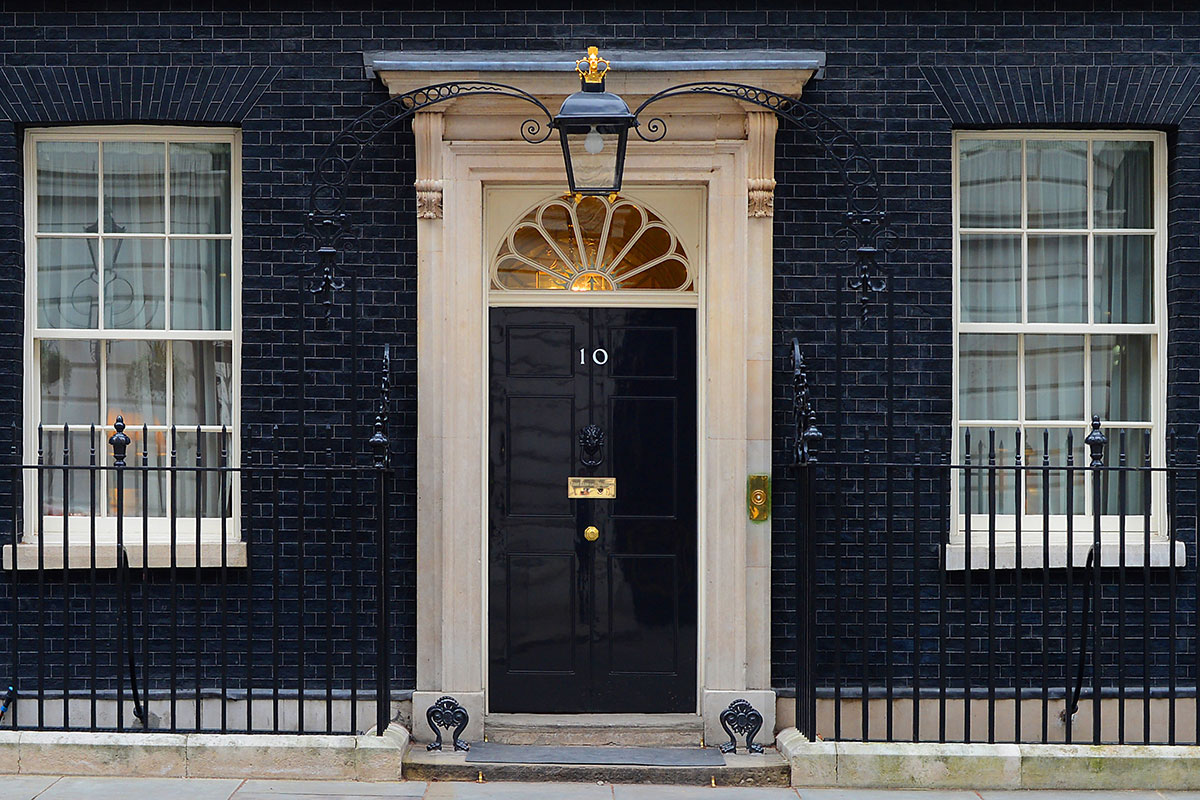 If performance style at tonight’s debate between seven prospective British Prime Ministers is anything to go by, we could soon be seeing UKIP leader Nigel Farage picking up the key to 10 Downing Street.

Now before we go any further, I want to point out that this is not a reflection of my political affiliations. As a completely unaffiliated voter I’m planning to read all the party manifestos before deciding where to place my cross.

But if I ignore the content of what was said today, and put my trust purely in style rather than substance, the person who came across as most credible, engaging and genuine was Mr Farage. But only just. Really only just.

So here’s the analysis of their performance in reverse order.

Ed Miliband made a significant error in judgement this evening. He ignored the studio audience and the other party leaders in favour of the camera lens. He used the techniques that good TV presenters are supposed to use – he’s obviously been taught what to do – but it felt unreal, over-rehearsed, non-credible. I wanted to see a real person, but his overly practised performance showed me a caricature of a politician instead.

Some natural pauses would have been useful and could have significantly increased Mr Miliband’s presence and authority. But he failed to give people time to take in his words, and his verbal attacks on the Prime Minister felt somewhat petulant.

Mr Miliband’s voice also sounded strangulated and congested. There are physiological reasons for this: he habitually tilts his voice box, squeezing his internal neck muscles which choke his sound. I suspect that muscular bad habits also create his blocked nose effect, despite an operation a few years ago to correct a deviated septum (the internal bit that separates the left and right nostril). Vocal coaching with a qualified voice professional should sort out these issues.

And Mr Miliband absolutely has to become more genuine if he wants voters to believe in him.

There are close links between the communication techniques used by leading business people who influence staff, clients and stakeholders, and successful politicians who sway the public. The former Labour leader and Prime Minister Tony Blair maintains that all politicians should work in business (or at least outside the political sphere) before moving to Westminster, making them “better able to see the world“.

As a career politician, Ed Miliband has no business background, and it shows in the way he speaks to an audience. He is a prime candidate for specialist impact coaching to help him develop the reputation required for winning an election.

Leanne Wood left me nonplussed. I was hoping for pizzazz, but I didn’t see any.

In her opening and closing statements Ms Wood frequently lost connection with the audience by looking down before finishing her sentence. For some reason all three women in tonight’s debate shared this unhelpful habit. Dropping eye contact is a widespread, detrimental performance trait, yet easily rectifiable. It’s an issue that crops up regularly in my executive presentation coaching sessions.

Ms Wood was also a victim of the common female misconception that high heels increase authority. In fact they have the opposite effect. Leanne Wood’s stilettos made her wobble on her feet, and forced her to use the higher tones of her voice, reducing her perceived authority.

Vocal richness and depth tend to disappear when you’re in effect standing on tiptoes. This stance prevents you from breathing properly, which prevents you from using your voice properly. Women should always wear low heels or flat shoes when they’re standing to speak. It can make an enormous difference to how they are perceived.

Nicola Sturgeon was also in very high heels, and some of her brain power was obviously directed towards keeping her balance and preventing her from falling over. She alternated between tottering around, crossing one leg in front of the other in a little-girl-needs-the-bathroom manner, and leaning sideways on the podium for balance.

Her rapid  blinking was somewhat mesmerising and made it difficult to focus on what she was saying. And like Leanne Wood, Ms Sturgeon tended to look down before she finished speaking. She also over-used the upper tones of her voice.

In general she came across as a middle manager rather than a prime ministerial hopeful. It’s unfortunate, particularly as professional impact coaching could help resolve all these issues. Ms Sturgeon obviously believed strongly in what she was saying, but on performance and physical presence alone, she wouldn’t win my vote.

Natalie Bennett debated remarkably well. Her performance was head-and-shoulders above the other female party leaders. And she was wearing lower, chunkier heels.

Ms Bennett was authoritative, professional and grounded, and she demonstrated a solid executive presence. She answered questions directly, and created a strong connection with those around her.

As an Australian, Ms Bennett’s intonation would normally rise at the end of a sentence, but she’d carefully adopted the British technique of lowering her voice instead, giving her authority with a UK audience.

But poor Ms Bennett. While she generally spoke well, her presentation style was weak. In her opening and closing statements, her habit of looking at her notes while speaking made it feel like she was reading, not talking from the heart. This undermined her otherwise positive performance and diminished her credibility.

Practising more beforehand with a specialist communication coach could have made all the difference.

David Cameron gave a polished performance and came across as more statesmanlike than anyone else, with a gently understated power.

His non-verbal language was calm and quiet and his voice had a reassuring tone. He stayed composed and unruffled, even when heckled. In all, he presented a warm, authoritative figure.

He listened carefully to others, even when they attacked him. And he used the camera lens as an extra audience member, rather than as a tool for overt self-promotion.

Mr Cameron’s downfall involved his eyes. As soon as he finished speaking (and sometimes before) they flickered wildly, scanning like a rabbit in the headlights. This made him look nervous and shifty, significantly detracting from his authority.

It’s fine to look away while you’re thinking – this helps your brain retrieve information and enables you to formulate your thoughts. But Mr Cameron made the mistake of forgetting that he was in the spotlight once he’d put his point across, and this let him down.

I could also see him standing on the back foot, quite literally, for much of the time. This probably reflected how he felt in having to defend his actions of the past five years.

Nick Clegg came across as a man of the people, with high impact energy. He was credible, chatty and real. He connected strongly with everything he said, enabling his audience to connect strongly with him.

In answering questions, he responded mainly to the questioner and the audience, rather than the camera. And when on occasion he did turn to the camera, it felt natural, not forced.

Nick Clegg’s Achille’s heel was a concentration lapse in which his focus disappeared and he looked down at his podium embarrassedly while repeating his previous point. This vocal stumble and its accompanying body language blunder made him look unsure of himself and less than authoritative.

I was also unsure about his posture. At times he looked more like a man in a pub than someone competing for the biggest job in UK politics. He stood with one hand in his pocket, the other hand balancing him against the podium – I felt this was over-casual for a formal setting.

Although Mr Clegg is fast heading towards the age of 50, he still gives a very youthful impression. But while this evening’s excited puppy-dog style was convivial and engaging, he would make a better impression on the international political stage with gravitas coaching from a qualified professional. This would help him to enhance his vocal richness, drop his pitch slightly, and develop a stronger presence, enabling him to come across with more authority and statesmanship.

Nigel Farage’s style was somewhat similar to Nick Clegg’s – chatty rather than formal. He too came across as a man of the people.

He obviously believed strongly in his views and he used his physicality to connect with his message and with the audience. His attention was never on himself – he was completely focused on helping others to understand. In this he appeared very real.

He was also extremely comfortable in his own skin. Unlike the other party leaders he didn’t grab the podium for support. His hands were generally in a neutral, unobtrusive position, from which he gestured freely before returning to neutral. All in all he gave a very convincing performance.

If I’m being picky, I’d like to hear his speech flow more smoothly –  it was slightly staccato (disjointed). And I’d like to see him tone down his body language a little, reducing repetitive hand gestures and nodding less vigorously to give him greater executive presence in front of the cameras. But overall his delivery style was sincere, credible and engaging. And for this he wins first place.

So who to vote for?

In analysing each person’s performance abilities, I’ve purposely overlooked what they actually said. But of course content counts massively.

So however brilliantly Nigel Farage came across in a debate set up purely for TV, I certainly won’t be swayed by his style alone. As soon as the party manifestos are published I’ll be leafing through them all to compare the actual policies behind the people. And only then will I decide who gets my vote.

(With thanks to Sergeant Tom Robinson RLC/ MOD for the No 10 photo.)